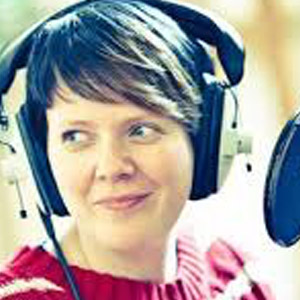 ELLIE WILLIAMS IS THE FOUNDER OF SOUNDS CHOIRS

Ellie has been a choir leader for several years with Sounds choirs in Heavitree (Exeter) and Rockbeare in East Devon. She has successfully helped its members to gain in confidence and numbers culminating in wonderful concerts both locally and further afield.

Ellie is a singer/songwriter in her own right, having released three albums and gaining radio play on BBC Radio Devon and BBC Radio 2. Having supported such influential artists as Joan Armatrading, Suzanne Vega, Midge Ure and Seth Lakeman, she performs regularly in the UK.

Ultimately with a passion for music and for people, being a choir leader combines both of these loves together.

‘It allows you stand in front of the collective voice of the most beautiful instrument there is. A truly magical experience as you guide a choir through the twists and turns of a song, and being able to see their faces as you know everyone is feeling it too. There is no better feeling’